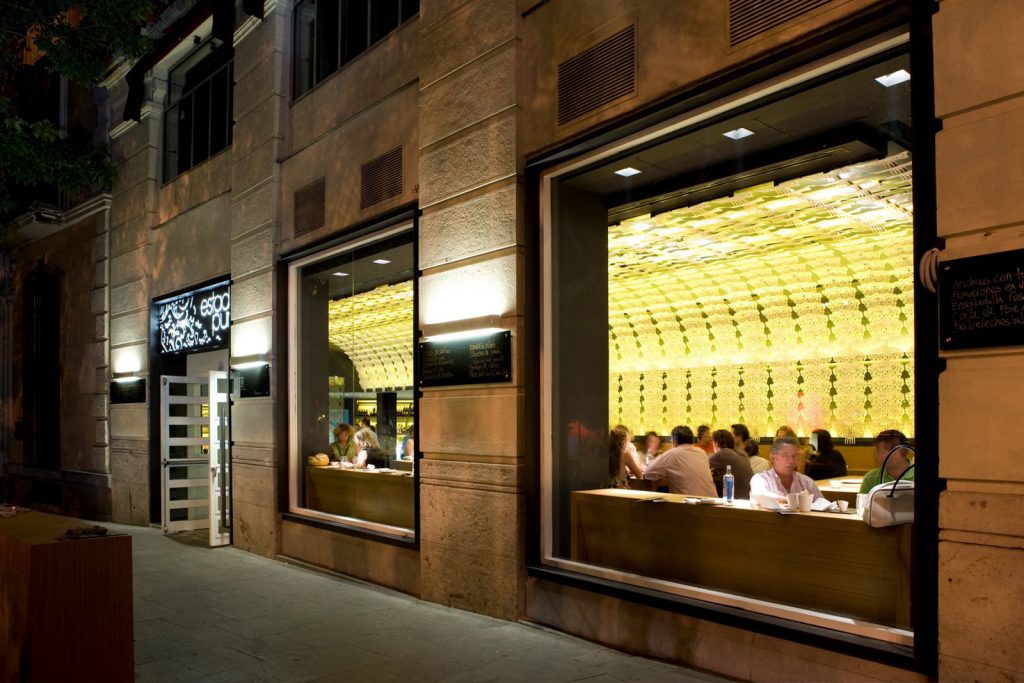 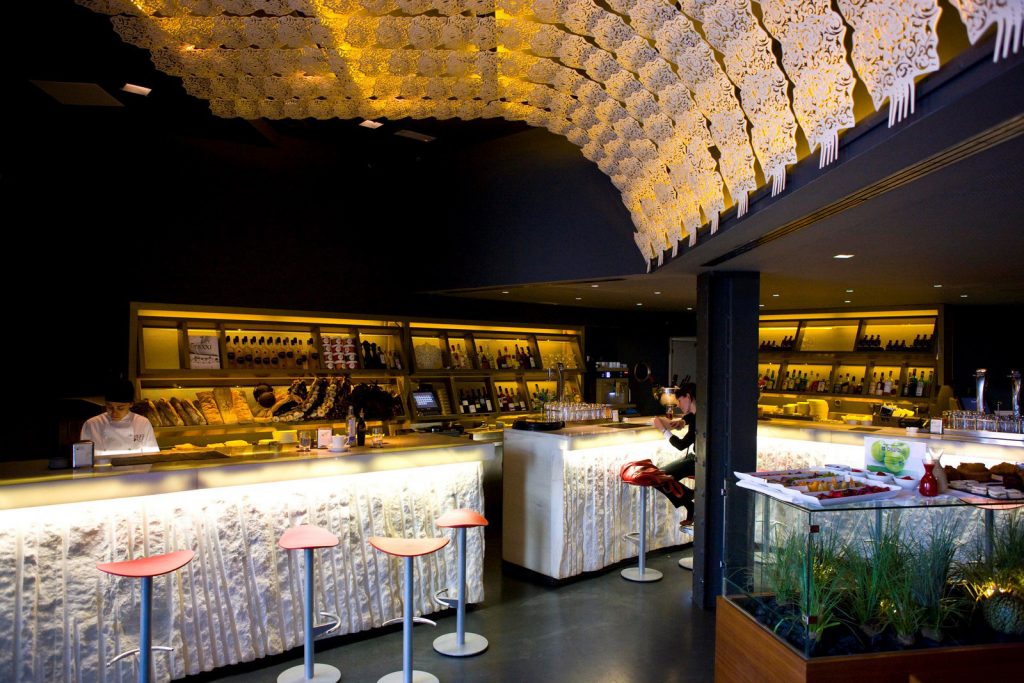 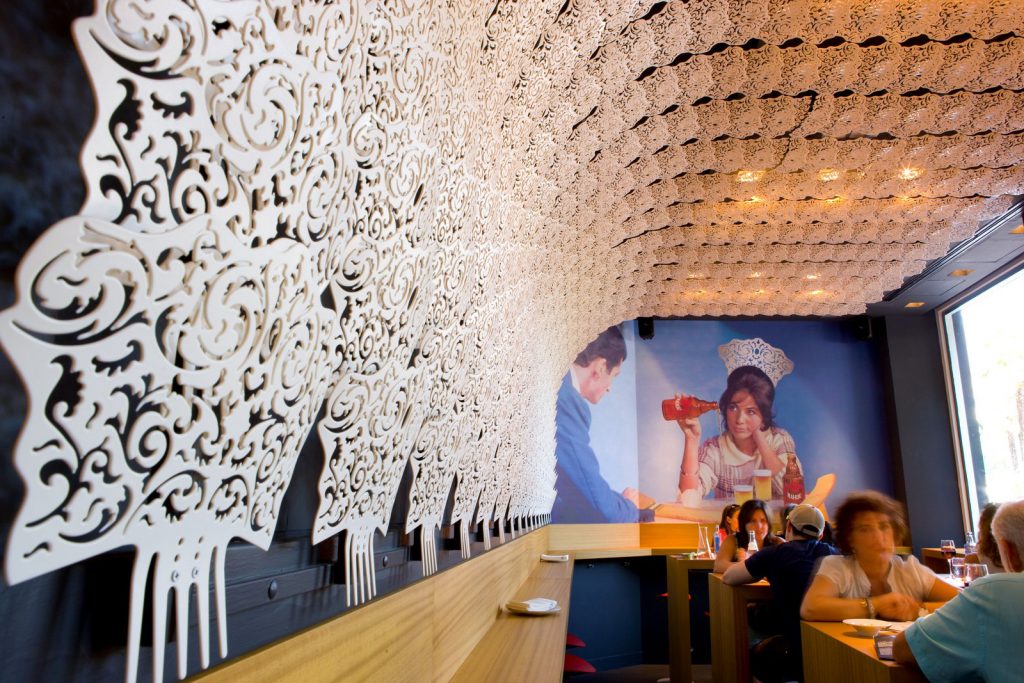 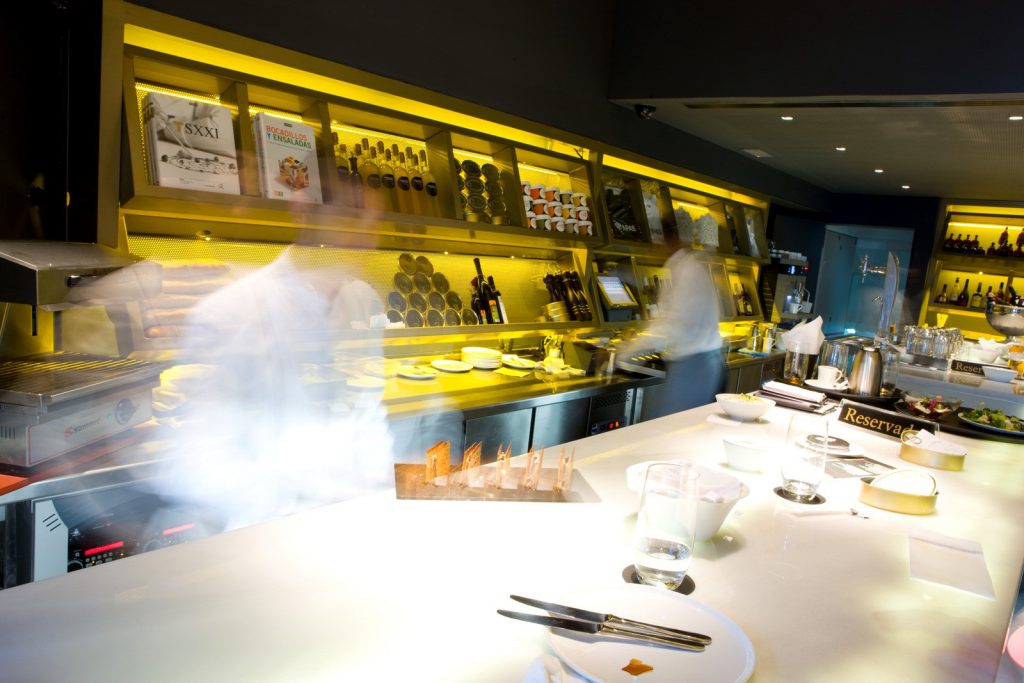 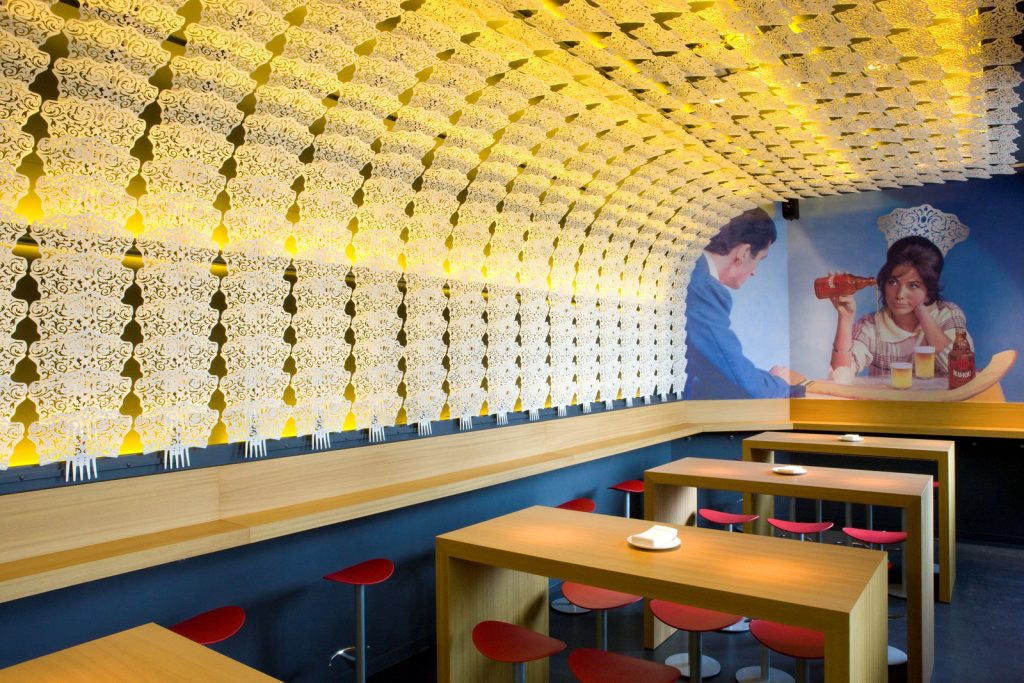 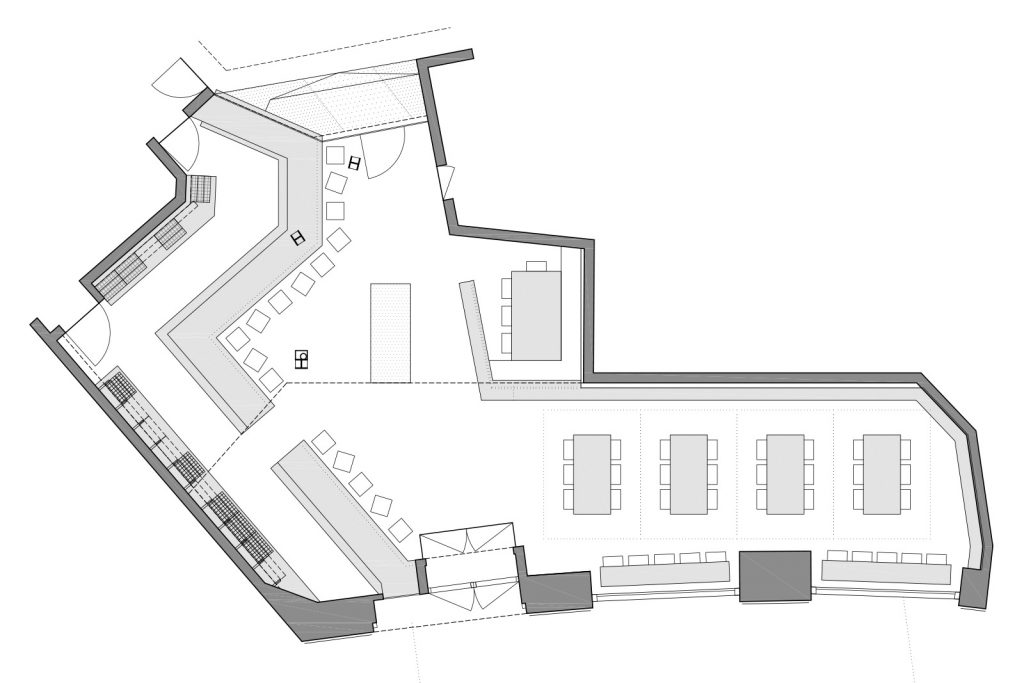 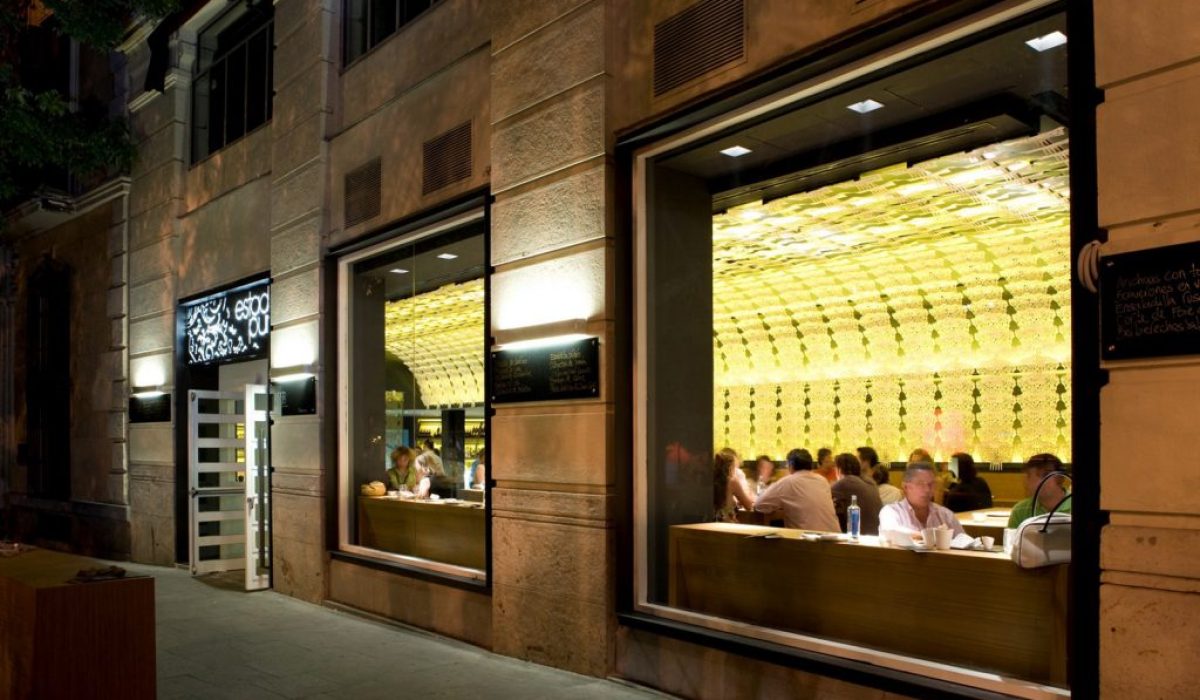 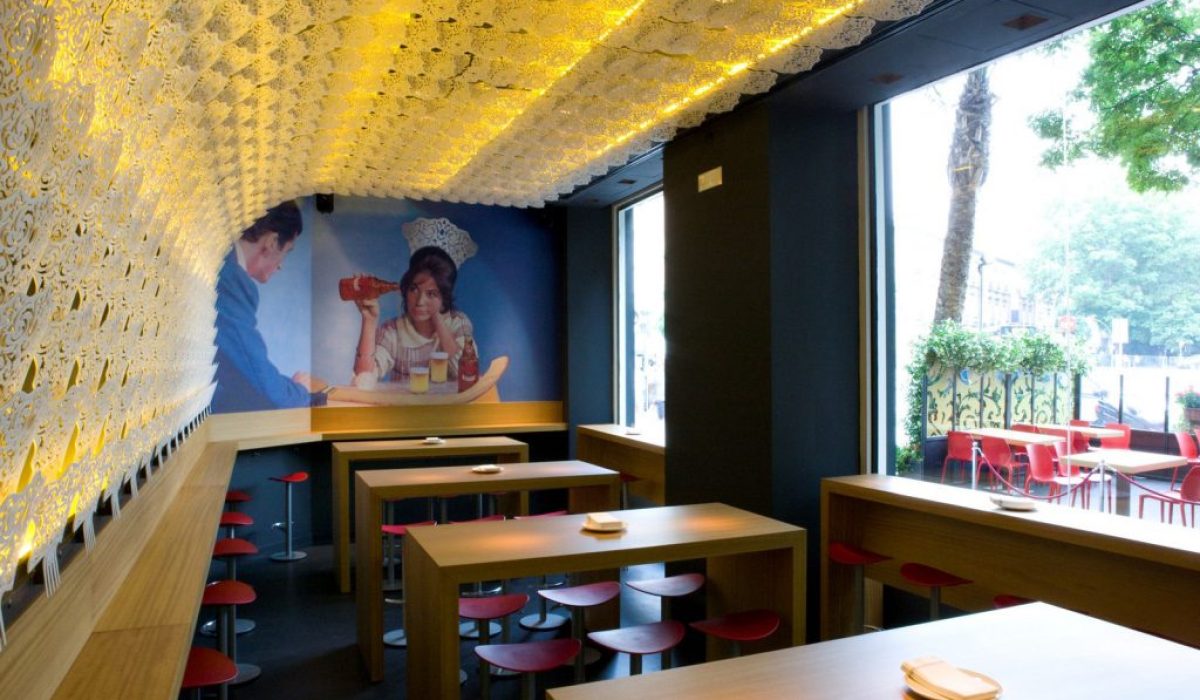 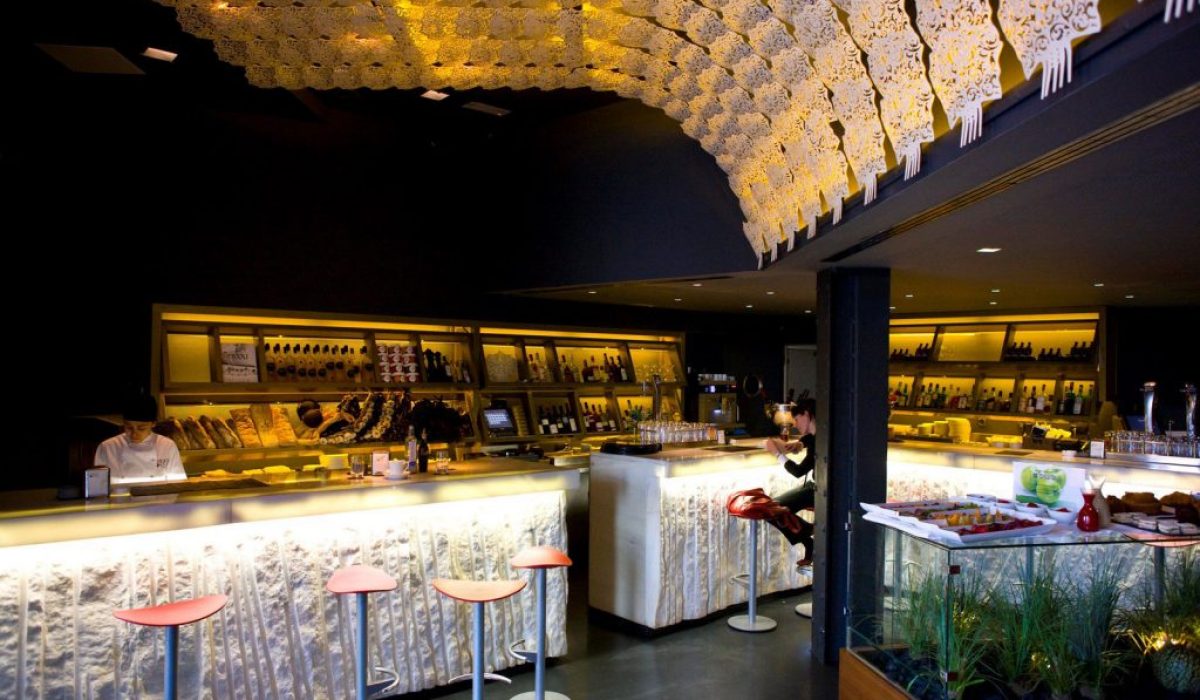 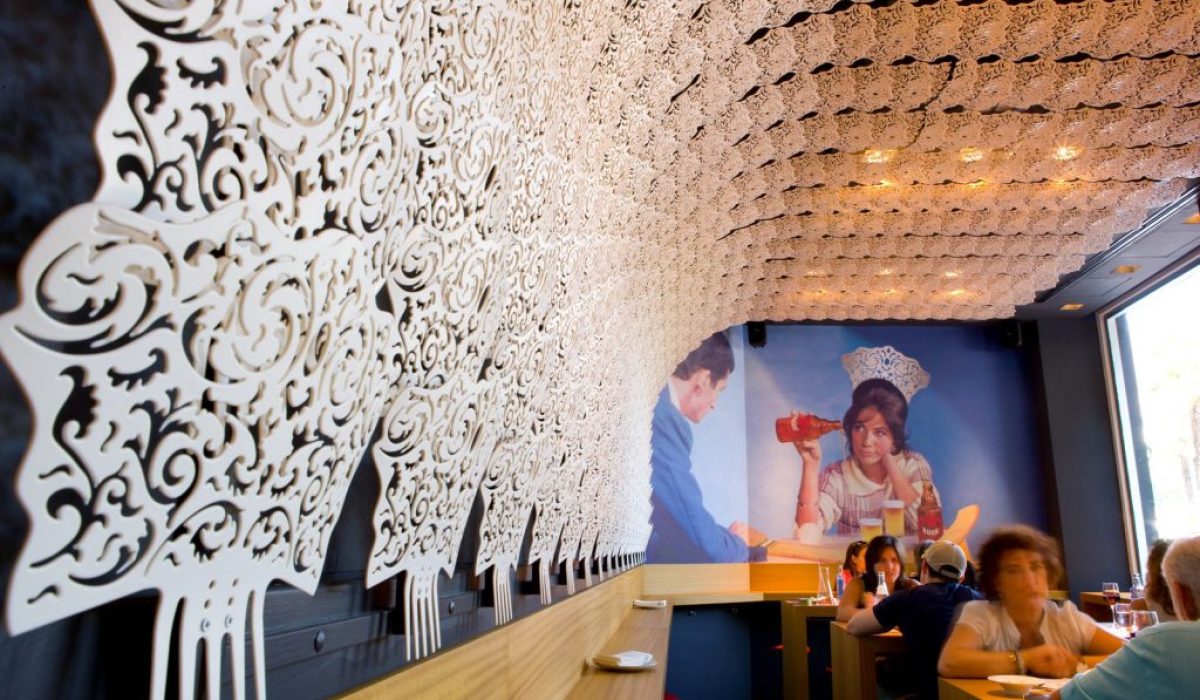 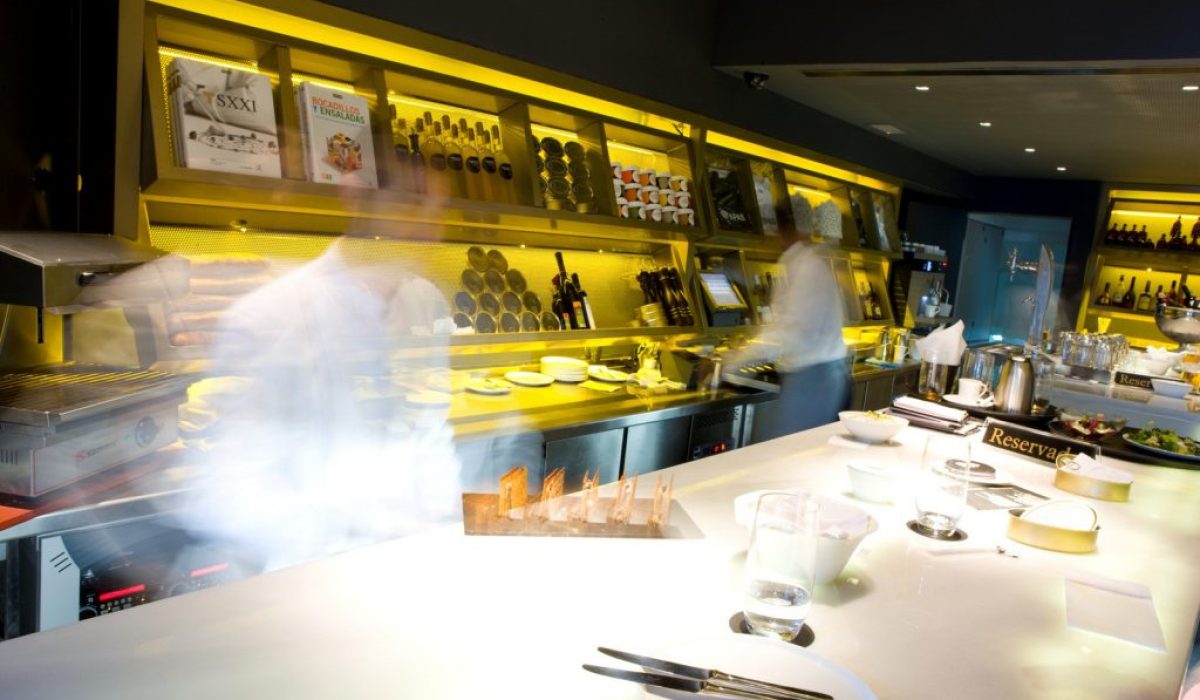 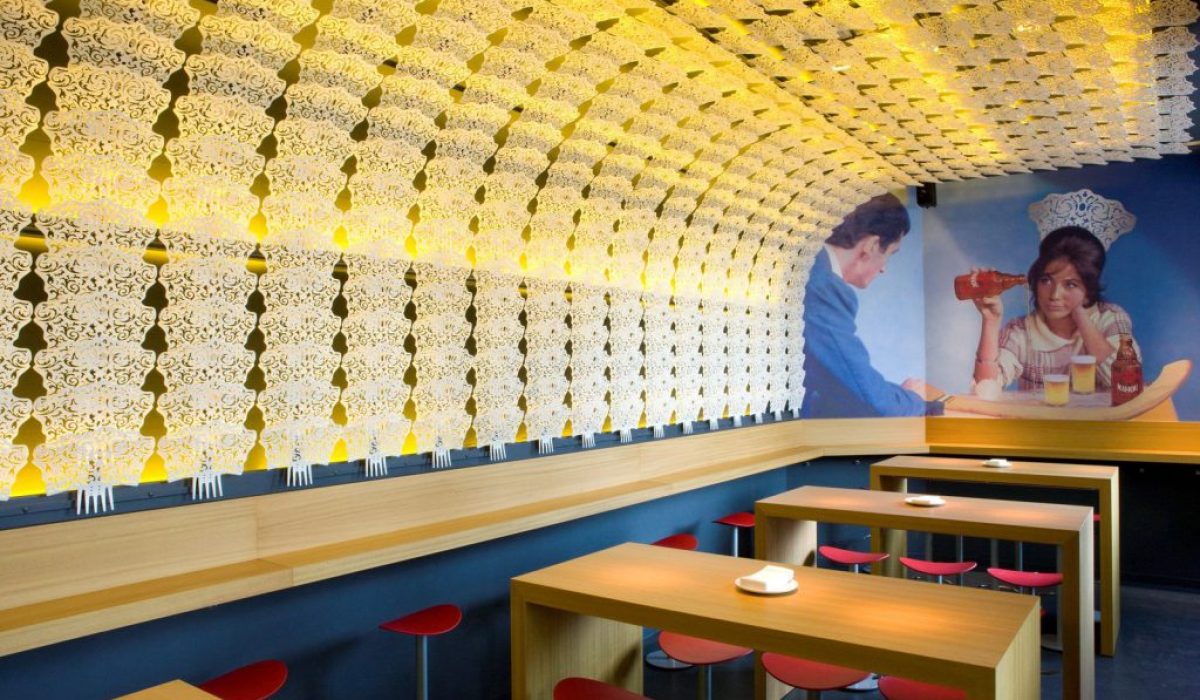 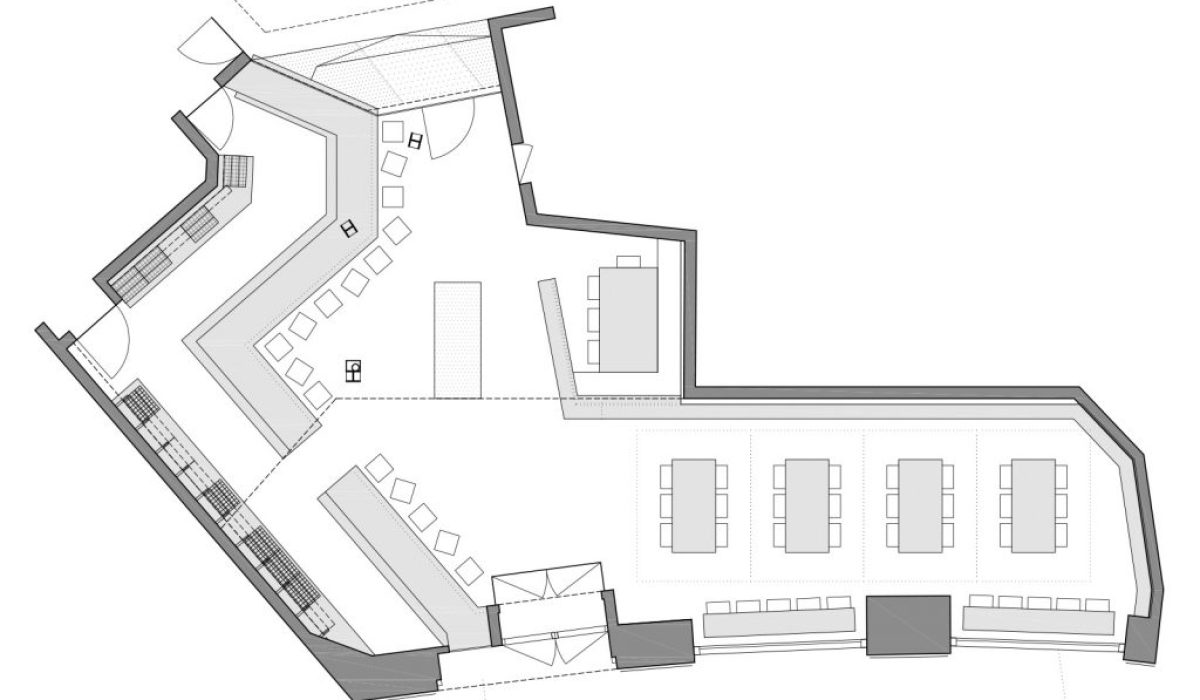 The architectonical concept behind Estado Puro was inspired by Paco Roncero’s approach towards what is supposed to be “typically Spanish”. In his case “cuisine” is based on innovation and experiment while preserving their origins. We proposed to redefine the popular symbolic images of Spain by giving the twist to what’s traditional in order to achieve a chic and sophisticated yet folk ambient. Spanish classical comb “La Peineta” is the chosen to star such an objective.